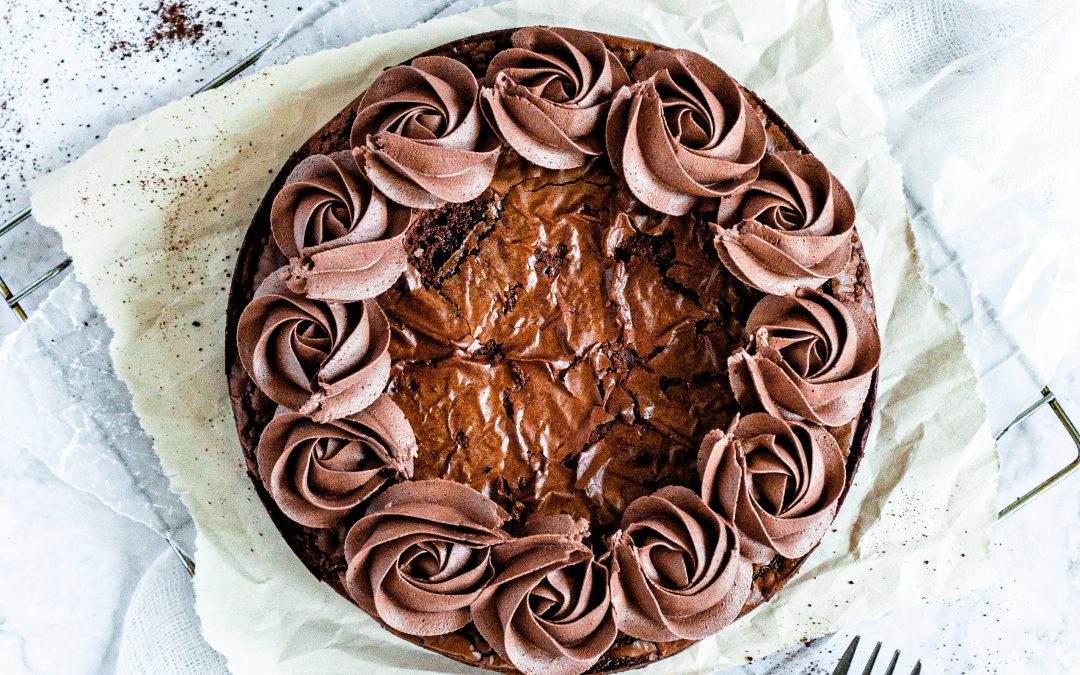 Brownies: the ultimate in rich, fudgy, chocolatey deliciousness! The simple ease of box mix brownies cannot be beaten. And honestly…some of the best brownies I’ve ever devoured are from a box. With a few extra ingredients that I know every kitchen will have, I’ve leveled up and created these amazing better box mix dairy-free brownies and they will not disappoint! 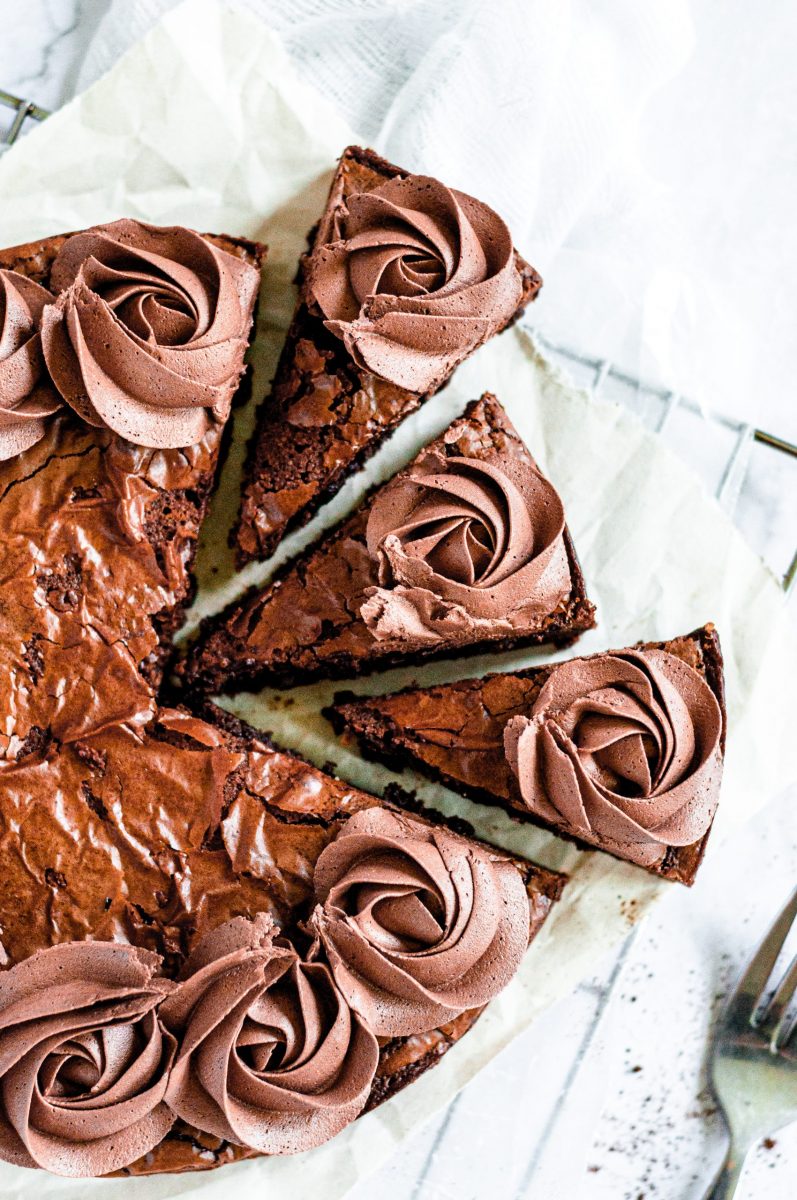 Thick, fudgy, and oh so totally decadent. Everything a brownie should be, right?! Baked in a round cake pan, this better box mix brownie recipe is a step up in rich flavor and presentation. A crown of chocolate fudge frosting swirls will leave everyone speechless when they find out these brownies weren’t made from scratch. 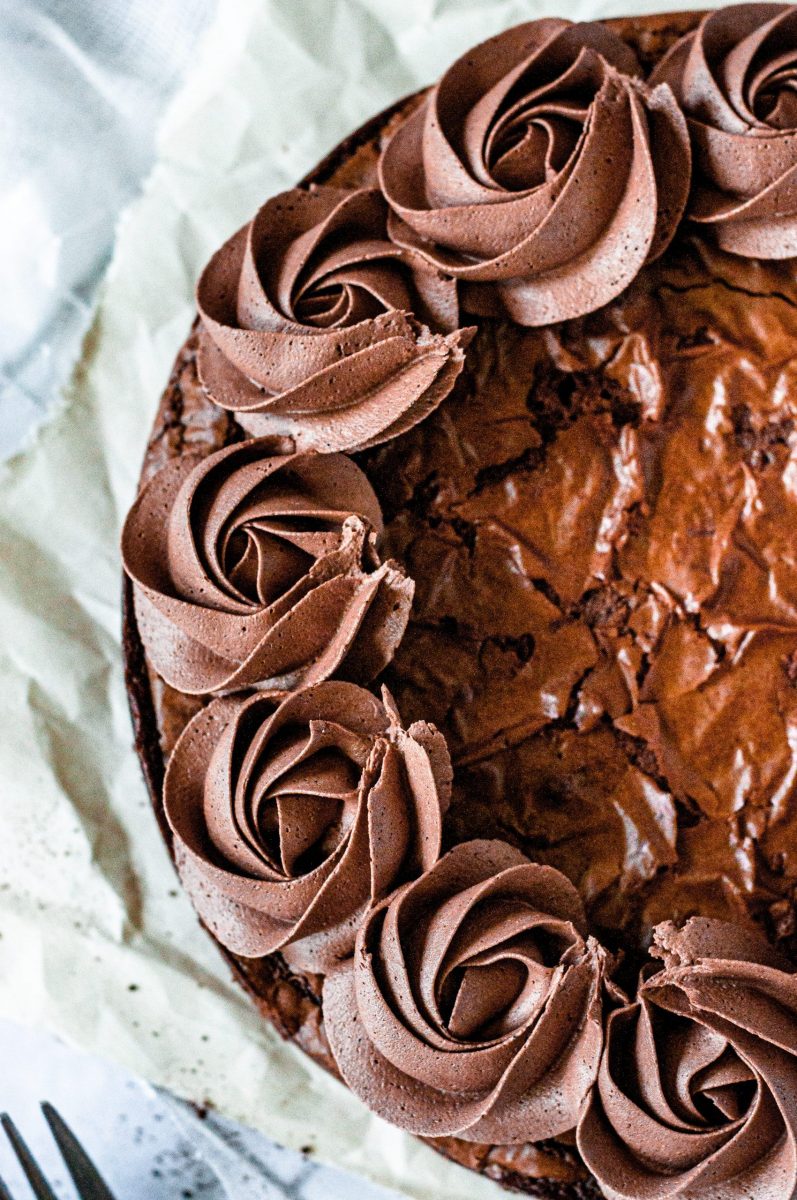 Every box mix brownie requires 3 things: water, oil, and an egg. Pretty simple, right?! I’ve kept the egg and oil which both create the needed moisture in the brownies, and added a few different ingredients.

The first ingredient is hot coffee. Coffee is a fabulous pairing with chocolate and serves to enhance the depth and richness. And the heat from it helps the cocoa powder in the mix bloom or deepen so to speak.

Second ingredient is vanilla extract. A little added splash is all that is needed to give a subtle flavor boost to this doctored-up box mix brownie recipe.

Last, but not least is salt. Salt is like caffeine in the baking world. It perks up the flavors and enhances the depth of each element. And much like the vanilla, I added a dash of extra salt. Just a half of a teaspoon of coarse sea salt to jolt these box mix brownies to the next level. 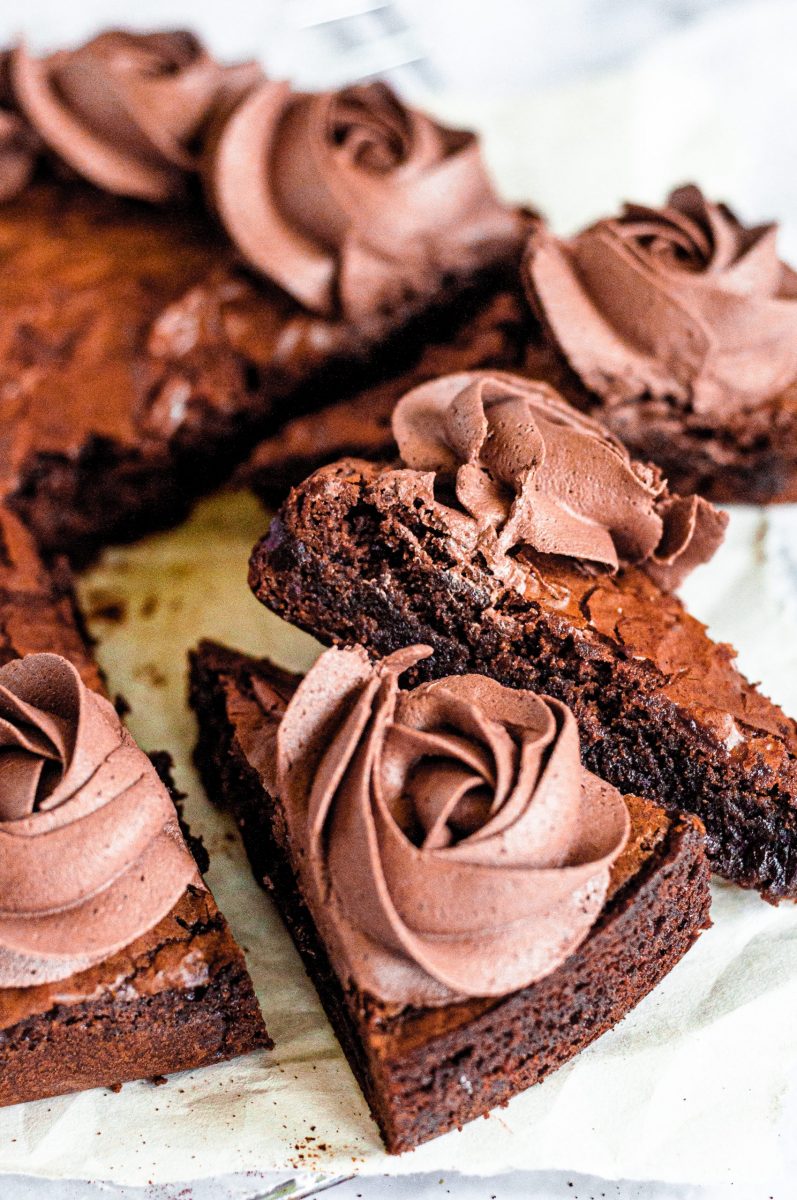 While we are leveling up a standard box brownie mix, let’s add the extra step and take it over the top, shall we?! A quick and easy homemade chocolate fudge frosting adds an element of pure decadence.

Much like the chocolate fudge buttercream in my S’Mores Cake, this whipped frosting is made with a healthy helping of cocoa powder added in with the icing sugar. This buttercream is rich, luxurious, and will take these better box mix dairy-free brownies to the next level. 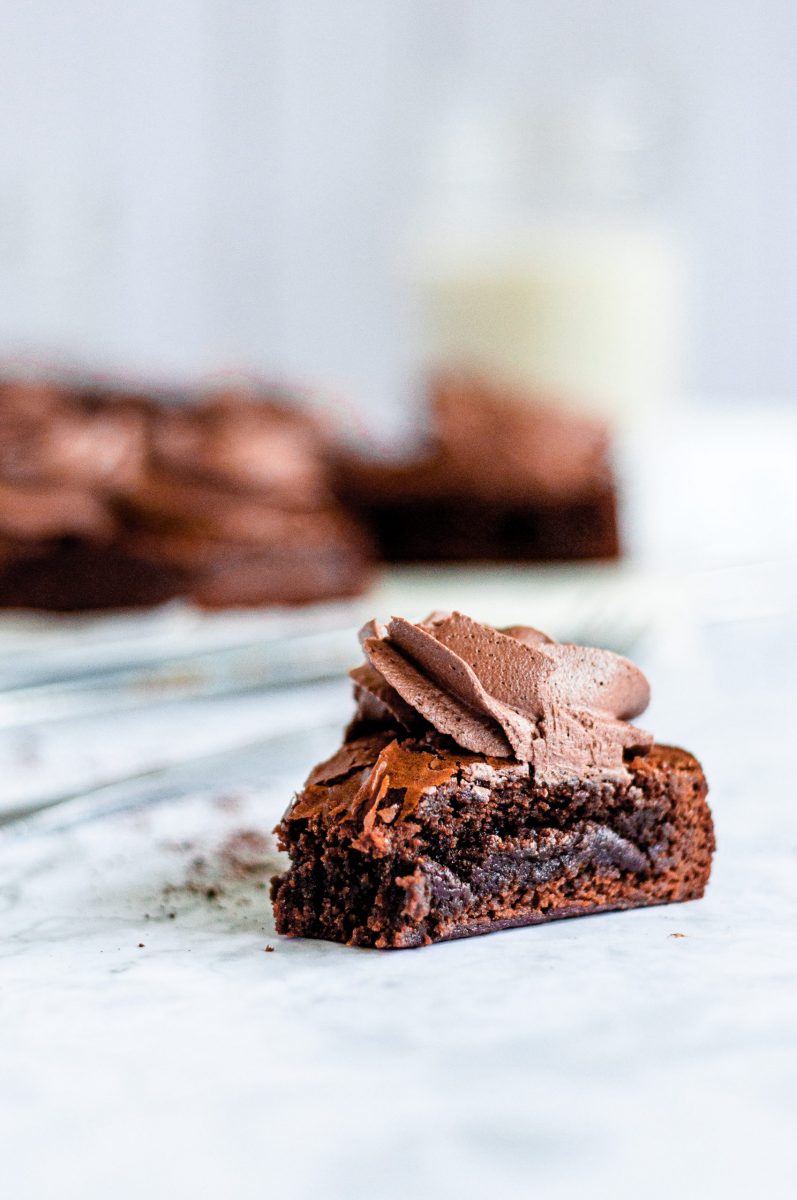 How To Bake Box Mix Brownies

I baked these dreamy delicious box mix brownies in an 8 inch round cake pan. It presents stunningly as a single-layer brownie cake. That said, no need to get all fancy. Grab an 8×8 pan just like the brownie box directions tell you to and bake it just like that.

Brownies are delicious. There’s no questioning the ease, simplicity, and downright deliciousness of a box mix brownie. I challenge you to swap in these super accessible extra ingredients next time you make a box mix brownie. Without a doubt, it will bake up the richest decadent and fudgiest better box mix dairy-free brownies you will ever eat. No one will ever guess they came from a box! 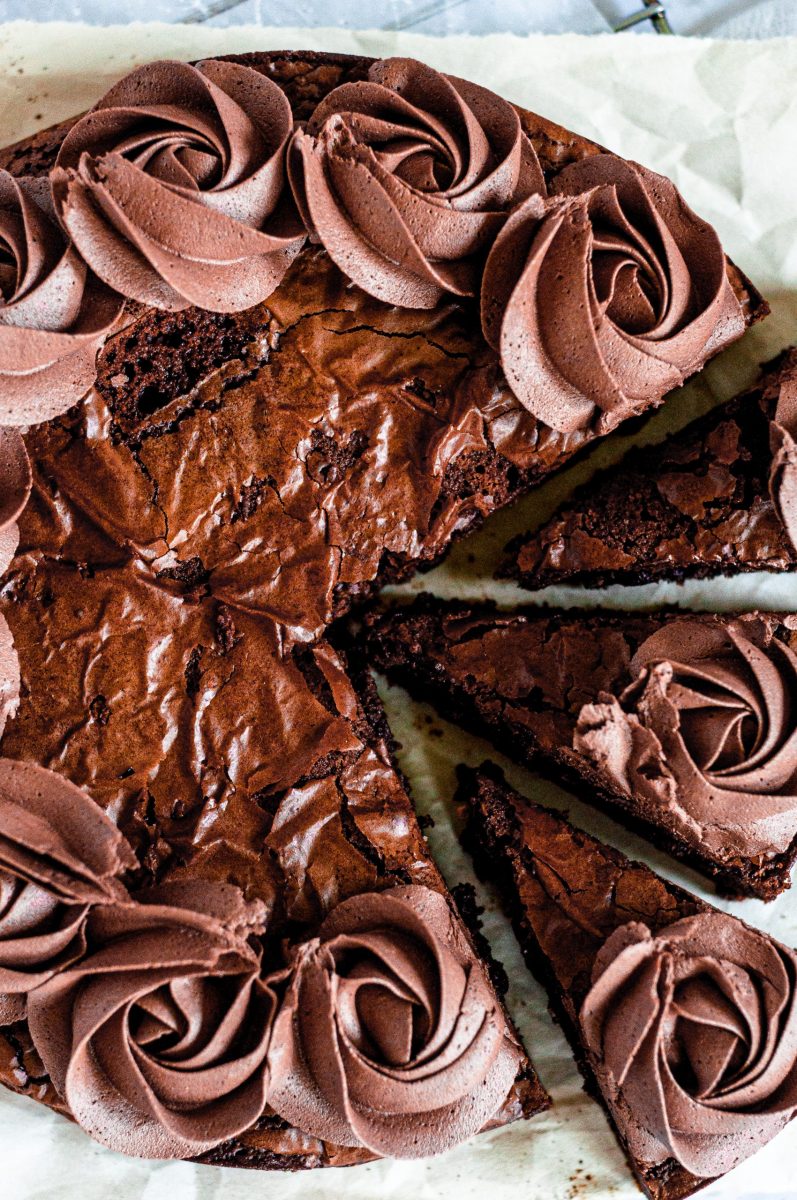 Life gets busy and there’s not always a ton of time. I’ve got a few easy dessert squares recipes that I think you’ll enjoy:

No one will ever guess these decadent, rich, and fudgy brownies were made from a box mix. A few simple extra ingredients and you’ll even surprise yourself with these better box mix dairy-free brownies. 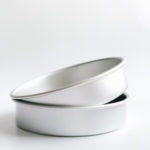 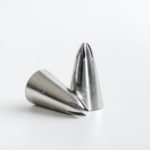 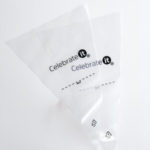 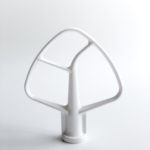 * Duncan Hines Chewy Fudge brownie mix is dairy-free but you can use any brownie mix (450g) if you are not concerned about dairy.

** If you are having a hard time removing the brownies from the pan run a butter knife around the edges. You can also cool the brownies in the fridge if you would like to chill them faster.