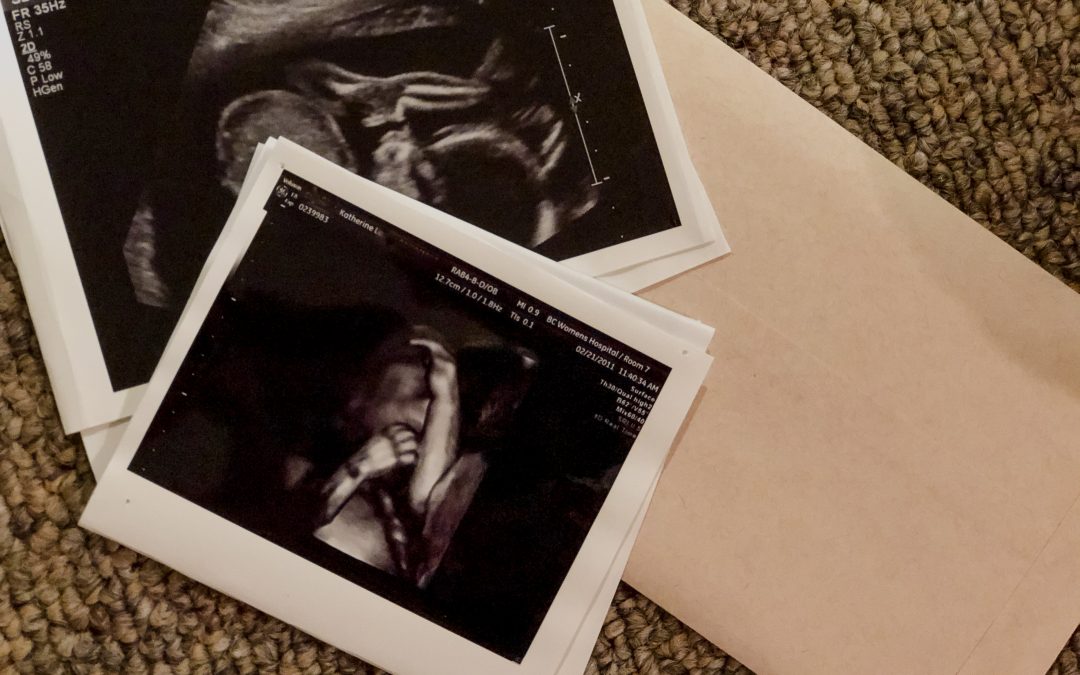 **Before you read I do feel it’s necessary to put a warning. If you are sensitive, fearful, or easily triggered by traumatic pregnancy and birth stories please do not continue. It is not graphic in nature but I do share my personal story that some might be upset by.

With no time to think or process, we were quickly whisked away to the admitting department, and after another lengthy paperwork process, I had my hospital bracelet, the clothes on my back, and a starchy hospital bed up on the prenatal high-risk ward. With a kiss and a gentle reassurance from my husband that he would be back in the morning before the next series of tests, I said goodbye as he and my dad left to find a hotel room for the night.

And there I was, all alone. In a city, a hospital, a room where I knew no one and had no comfort nor reassurance that everything was going to be okay. Wiping my tears on that blue hospital gown I pulled out my red flip phone and called a lady from back home. Her name was Sheila and had recently welcomed me with open arms to a lunch hour women’s bible study. I had only known her a short time but in that time she had shown me total and complete Christ-like love.

Why did I call her…I don’t know. Maybe it was a God thing, but I scrolled to her name and hit send. She picked up the phone and listened while I cried my eyes out to her. And then she prayed. She prayed for protection. She prayed for hope. She prayed for healing. And she prayed for peace. After I had spent my tears, my heart, and my words we parted conversation and I fitfully fell asleep.

I woke up just shortly after midnight in pain. “It’s nothing,” I thought to myself but after half an hour and the pain increasing, I pressed that little nurse-call button on my hospital bed and told the nurse on the intercom that I was in pain and that something might be wrong.

A nurse came in shortly and after a quick few question and examination she called the doctor on call that night and before I knew what was really happening, I was hooked up to all kinds of machines and monitors and they were rolling my bed out of the room and down to labour and delivery. I remember thinking this isn’t right, I’m only 25 weeks pregnant, this is too soon!

Bright lights and white hallways whizzed by as I was wheeled around. Needles, medicine, specialists, the beeping and buzzing of machines going on and off everywhere. The flurry of activity coupled with the knowledge that something was incredibly wrong, still makes my heart begin to beat wildly. Someone must have called my husband as he ran into the room and headed straight towards me. “Too soon.” “She’s dilating.” “Baby’s not ready.” “Try this” “Try that”  All snippets of medical conversation we were trying to piece together.

And then finally, after who really knows how long, a doctor sat down beside me and explained everything. I was in active preterm labour and they were doing everything they could to stop it.  So we prayed. And we cried. We pleaded. And prayed even more. Because I knew that this tiny little boy wasn’t ready for this big giant world yet.

The grace of God, the miracle of modern medicine, and maybe just a bit of plain luck, but as morning greeted us my labour started to subside. Contractions were getting farther and farther apart and I stopped progressing at a concerning rate. But the damage had been done and I was quickly informed that I would not be going back home for the duration of my pregnancy. I would be there on bed rest until my little boy arrived, hopefully much later.

Life stopped. No more work. No warm cozy bed of my own. No family. No friends. My husband had to leave and head back up north as bills don’t wait. My dad stayed a few extra days as I attempted to get settled into my new hospital room and what would become a new normal, but he too was gone far too quickly.

My days were spent with tests, specialists, monitoring, a lot of tv and reading, and every few days they had a group activity for all of us on strict hospital bed rest. We would be wheeled in our beds or a chair into the community area of our wing and they would facilitate a group craft and chat. I learned how to knit and made a beautiful glass mosaic frame.

Days crept by in deep loneliness and fear only to be broken up with the gentle kindness of one special nurse who, in such tenderness and gentleness, would come sit with me when she was on shift and chat while she completed my daily monitoring.

And then 2.5 weeks later on a Friday, after completing an MRI earlier that day, I had a knock on my door and in came 3 specialists. An OBGYN, a Perinatologist, and an ENT specialist. They stood at the foot of my bed and with those gentle smiles that I had come to know, kindly explained that they believed they had come to a consensus about what was wrong with my son. “Treacher Collins,” they said. “We believe your son has a rare genetic disorder called Treacher Collins.” 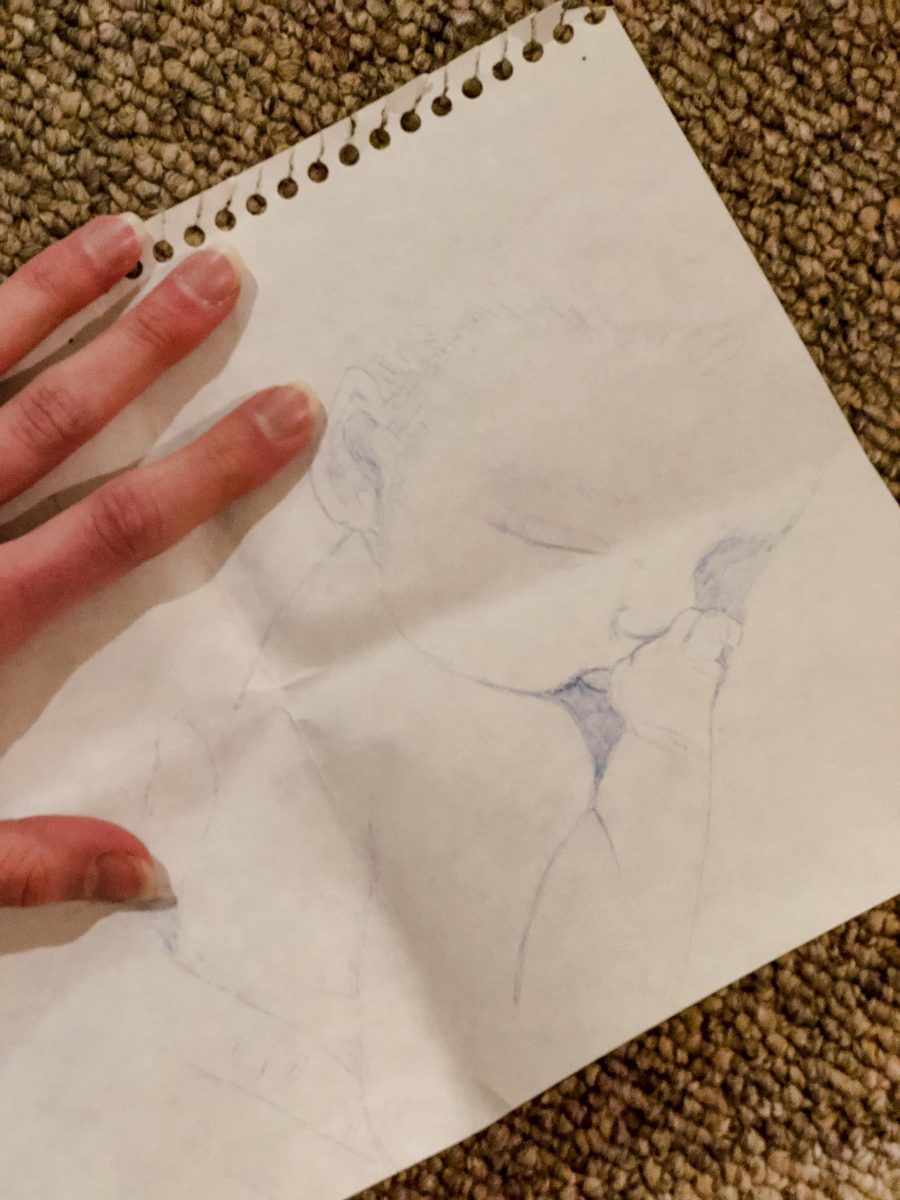 A picture I sketched of my son while on hospital bed rest.