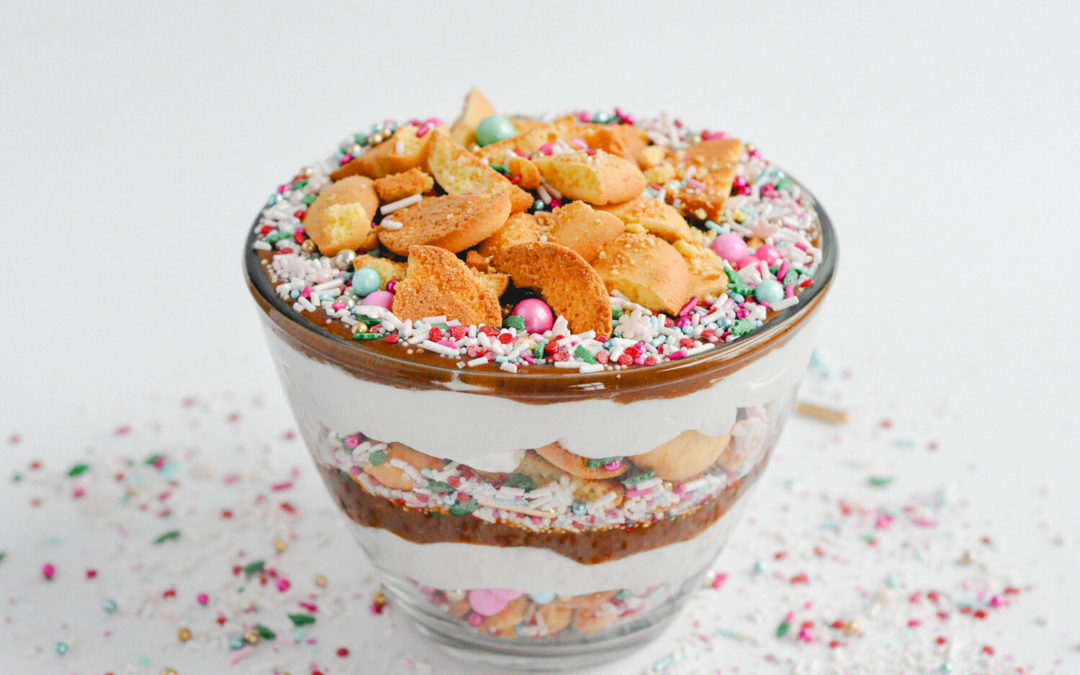 I’ve never been crazy about a trifle. It’s not my go-to. 9 out of 10 tens I’d pass by it on the Christmas dessert table. But this one…in all it’s gingerbread yumminess…this one I’ll gladly eat by the spoonful. This fun sprinkled dessert bowl of gingerbread trifle is super easy to whip and will totally wow a crowd with it’s bright and colourful layers. The best part is that it’s a doctored up pudding mix so it whips up in a breeze for those last-minute Christmas party dessert needs. 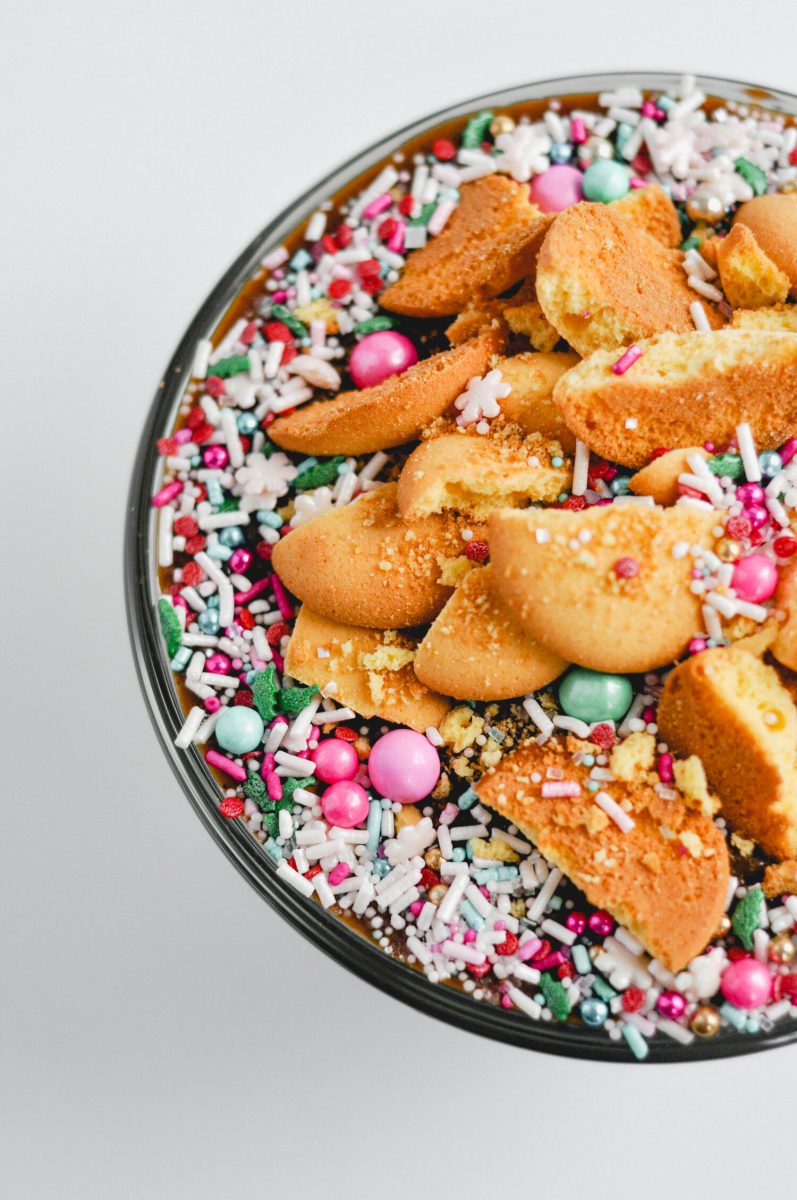 All you need for the gingerbread pudding layer is a box of instant vanilla pudding mix, fancy molasses, and those of so warm and yummy gingerbread spices: ginger, cinnamon, and clove. The whip cream layer is simply packaged dream whip prepared according to box instructions and the nilla wafers are well…store-bought nilla wafers! See what I mean when I say “really easy.” Dessert doesn’t always have to be 20 steps and 2 hrs. I can appreciate the quick and easy semi-homemade desserts too and this gingerbread trifle is exactly that! 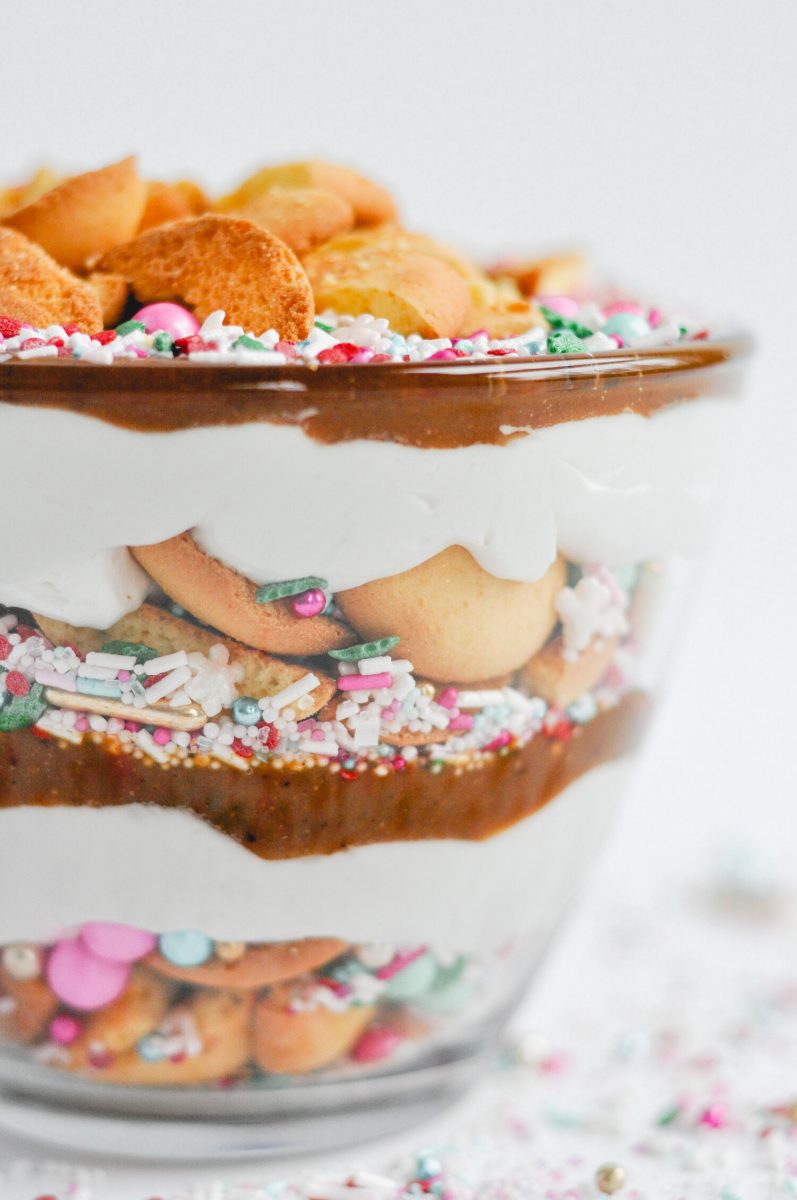 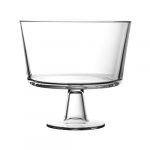